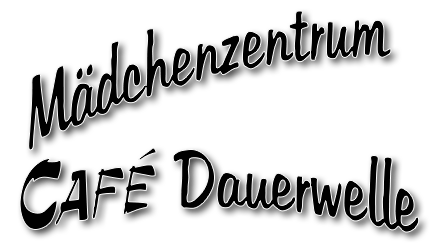 Your thoughts always revolve around food, when you can eat again or how you can get rid of what you’ve eaten and how you can avoid others from noticing how little you eat, how you can regain control over your weight with sport or the right diet? Do you ask yourself why you can’t just eat normally? You want to know whether you have problems with the food or whether it is an eating disorder?

So what is an eating disorder?

There are different types of eating disorders, including anorexia, bulimia and binge eating. There can also be mixed forms or one of the eating disorders might be replaced by another. In short, it can be said that all forms the loss of control is an issue.

The body seems to be greedy and needy, it is an enemy that has to be fought. Hunger, the need for rest or relaxation or simply just doing nothing are seen as not being allowed. All these needs are denied. The sickness advances with control over your body giving you the feeling of being independent and unaffected, to have everything under control. Those suffering from anorexia believe that all problems will only be solved when their body is thin. But even when anorexics weigh very little, they still feel too fat and want to lose even more weight. The fear of becoming fat is very deeply rooted.

In a short period of time, people with bulimia gulp down large amounts, particularly of foods that are high in calories. But the frenzied eating can last several hours, with it seeming impossible to stop eating. It’s almost as though you’re being forced to eat. But people with bulimia actually have a terrible fear of getting fat. That’s why they undo the frenzied eating with vomiting, laxatives, extreme sport and so on. Initially, it might be a good feeling to have regained control, for example, by vomiting. But feelings of guilt, disgust with oneself and increasingly frequent consequences of such an eating episode often result in great psychological strain.

People who suffer from a binge eating disorder are fixated with food. When they have an eating binge, they have the feeling that they no longer have control over the food. They eat without being hungry and continue to eat, even when they would actually have to be full. They are ashamed of these eating episodes, feel guilty, despise themselves and reject their bodies. They suffer a lot as a result of these incidents. Between the eating binges they eat in a very controlled way, and then uncontrolled once again.
You can find more information at the Federal Centre for Heath Education [In German: Bundeszentrale für gesundheitliche Aufklärung  or BZgA]. They have a BMI calculator there which you can use to get an assessment of whether you are underweight, overweight or normal weight.
If you feel like you’re suffering from an eating disorder, then the first step to getting well is to get help. We are happy to discuss with you the help that you might need to get well again, what the different options there are for help and what you can do to get it. We want to support you in regaining control of your life.